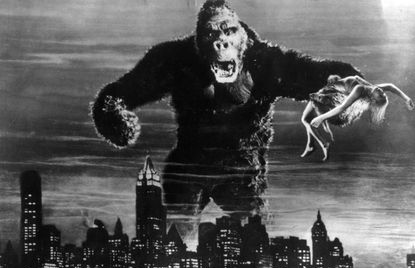 This company added half a trillion dollars to their portfolio with a clever bit of guerrilla marketing.

SSGA became the voice of gender inequality in corporate boardrooms by jumping in the ring and going up against the big, bad bull of Wall Street.

The bull has been a symbol of the New York City and the stock market for decades. It’s image solidified in the Charging Bull statue located in NYC’s downtown financial district.

Arturo Di Modica, the artist who financed, designed, and installed the figure during the 1987 market crash says that to him it represents resilience.

"My point was to show people that if you want to do something in a moment things are very bad, you can do it. You can do it by yourself. My point was that you must be strong."

Arturo Di Modica Describing the meaning behind the Charging Bull

But, as with most symbols, this one has taken on a life of its own.

Maybe it's the big bronze balls that everyone rubs with dreams of wealth. Maybe its the menacing look in the bulls' eyes. Or maybe its just the aggressive masculinity of this thing that represents an industry in which over 70% of women have been subjected to harassment.

Over the years this statue has evolved to become the embodiment of a villain in movements criticizing greed, capitalism, and economic disparity.

In walks a challenger

“Courage and grace is a formidable mixture. The only place to see it is the bullring.”

The latest movement to challenge the Wall Street Bull is gender equality.

In March 2017, another bronze statue appeared on the tip of Manhattan. This time it was a small girl, hands on her hips, ready to take on the big bad bull.

This statue, called Fearless Girl, came with an inscription at her base:

"Know the power of women in leadership. She makes a difference."

It was unveiled by artist Kristen Visbal on the eve of International Women's Day as a symbol of solidarity with demonstrators and activists.

This little lady doesn't have time for bullsh*t

This juxtaposition with the Charging Bull was only supposed to last seven days. The project was so popular, however, that the city decided to extend its permit by a full year.

But little girls have big dreams.

After her face-off, Fearless Girl was moved to a new location outside the New York Stock Exchange.

She now faces down the entire world of business and finance, challenging them to bring more women to the table.

The symbol of a movement or just a cheap advertising trick?

"That is not a symbol! That’s an advertising trick."

Arturo Di Modica Describing the meaning behind the Fearless Girl

Where Di Modica raised the money for Charging Bull himself, Fearless Girl was commissioned by a Boston-based investment company that at the time managed around $2.5 trillion in assets as a publicity stunt. State Street Global Advisors used the statues to not only make a statement, but also to draw attention to their business.

This tactic is called guerrilla marketing and was pioneered by a man named Edward Bernays, the so-called father of public relations and nephew of Sigmund Freud.

Modern guerrilla marketing is typically a blatant advertisement, chock full of logos, QR codes, and links. But SSGA took a more traditional approach, making a stand for something larger than themselves to get free publicity.

Di Modica says Charging Bull was made as a sign of American prosperity and the ruggedness of those who are able to make it. Fearless Girl, on the other hand, is simply part of some fund's corporate marketing strategy.

Still, the statue has made an impact.

Since her installation over 300 of the largest companies in America have added women to their boards. SSGA has also added about half a trillion dollars to their portfolio.

Whether a cheap trick or a legitimate part of the conversation, this little stunt seems to have worked out for everyone.