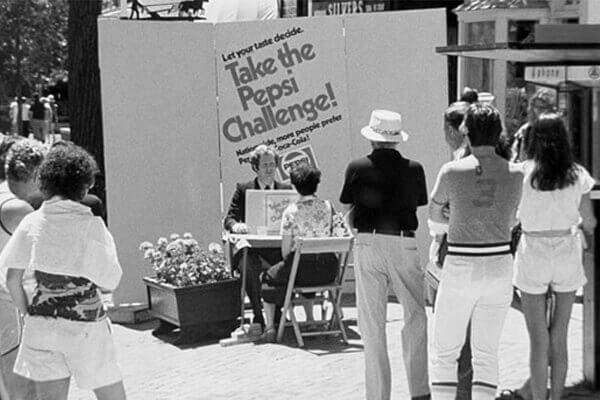 Go ahead, take your best shot.

4 ads that hit the competition where it hurts.

Business is, by nature, competitive — These ads capture that competitive spirit by positioning two products side-by-side to expose strengths and weaknesses.

There’s a long history of companies using advertising to take cheap-shops at their competitors.

These playful ads are subtle in their gut-punches, but they do a great job exposing competitor weaknesses and winning business for their own products.

The world of video games is a competitive one, so you better believe their ads fall into that same spirit.

When Sega’s Genesis system came on the market, it was the most advanced console available. It was the first to feature disc-based memory in favor of unreliable cartridges and could run next-gen graphics like nobody’s business.

No wonder they took a shot at Nintendo, which wouldn’t catch up for another few years.

Microsoft dominated the personal computer market for years. That is until Apple came along as the alternative for cool kids.

These ads highlight the Macintosh line of products as the more laid back and relaxed personal computer. If you’re a stuffy, boring office worker — go ahead, buy a PC. But if you’re a cool, creative type, you might want to rethink that.

Pepsi went head-on against Coke with the Pepsi Challenge. This blind taste test invited random participants to give both sodas a try and choose the best one.

What made this campaign so effective is that people wanted to do the taste test at home too, a tradition that continues to this day.

Wendy’s prides itself on offering the best patty a burger can offer. I don’t eat meat, so I could care less, but apparently lots of people do.

“Where’s the Beef?” pokes fun at competitors who offer big buns with no meat. It also seems to answer the question with, “There’s no beef, we know we’ve got the best so no need to fight, folks.”

Get more examples of great ads

Check out my swipe file, where I collect history’s greatest ads. These ads have collectively sold billions of dollars of goods and services. The sheer scale of their influence is impressive.