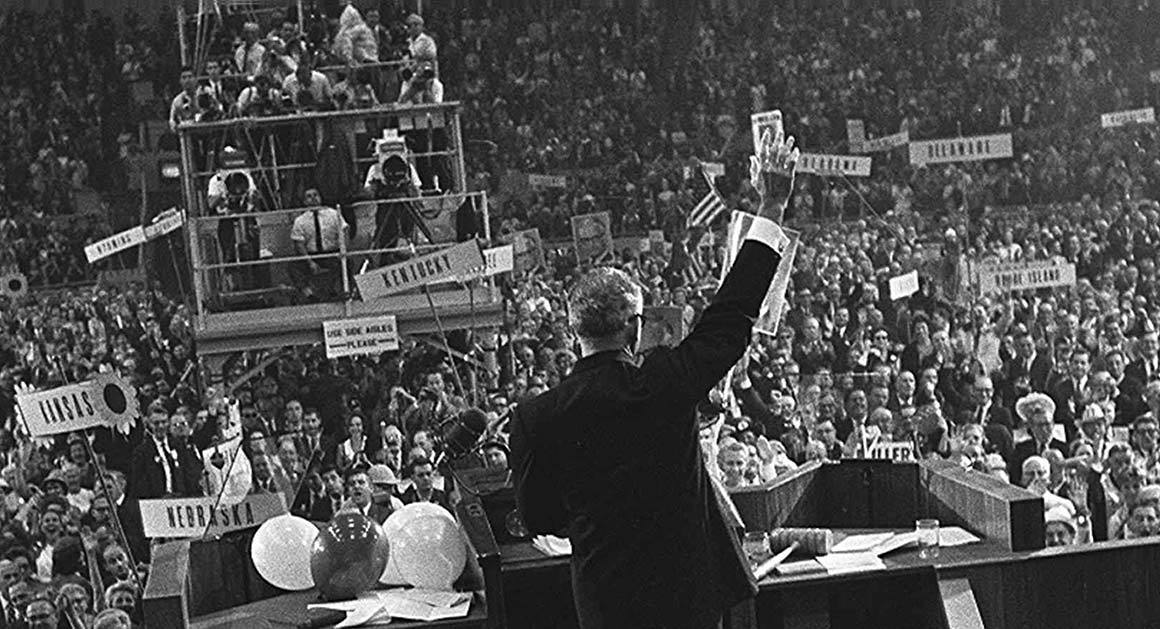 Powerful words are at the heart of successful campaigning and these examples are some of the best history has to offer.

These presidential ads, campaigns, and speeches are great examples of how to move hearts and minds.

I despise negative political ads or speeches that rouse and debase a crowd. They're made because they work. But as I've said before: marketing, writing, persuasion — these are tools. Better to use them to build houses than tear them down.

All the examples below are ones that I love because they empower people and instill them with hope and pride.

They're based on powerful words that motivate people to act. And they do it without stirring emotions like anger or hatred.

A perfect example of how to take a hopeful and lyrical speech and turn it into a campaign asset.

This is an ad based on a speech delivered by Barack Obama during the 2008 Democratic Primary in New Hampshire. It was produced by Will.i.am and Jesse Dylan and garnered well over 25 million views in just a few days of its release.

It's morning again in America.

An example of how to take accomplishments and spin them as larger successes without attacking your opponent.

After a tumultuous decade of war and unemployment, Reagan's "Morning in America" series highlights how his administration was able to restore optimism for the middle class and strengthen America's middle class values.

Jingles work for politics too.

This ad is almost consumerist in its construction. Modern illustration, a fun jingle, and images of a better world. What are they selling? Cereal?

At the time of the Kennedy campaign, it was a clever way to take full advantage of TV as a platform. Those who walked away from the set could still whistle along with the tune, while those on the couch would instantly connect with the fun and hopeful images on the screen.

This was one of the earliest, if not the first, political ad for TV. Produced by Disney, it does everything Kennedy's campaign ad accomplishes just a few years later.

Ads like these are less about the issues and more about uplifting the name and personality of a candidate.

Here are some more ads that are really effective in getting direct responses from voters online. They don't attack opponents and they appeal to voter desires directly.

Great example of connecting a symbol with a candidate and inviting people to be part of the movement.

Email moves votes and you don't want to lose voters' attention. This unsubscribe page connects the candidate with its opposition in a clever way and invites the voter to join back in, but with less email this time.

This landing page doesn't beg or ask for help. It simply says here's what we're working towards and we need you to make a donation to get us there.

Another donation page, but this time with a simple incentive. Donate (or don't) and be entered to win participation in a fun event that connects the candidate's interests with yours.

This is as true for politics as it is for products. They get the conversation started but they do little to cement long-term support and action.

That's why I think it's important to mention the type of word-smithing that moves hearts and minds after you capture their attention: speech writing.

Here are a few snippets from some of the best political speeches ever written:

Fourscore and seven years ago our fathers brought forth on this continent a new nation, conceived in liberty and dedicated to the proposition that all men are created equal.Abraham Lincoln

This speech is short, sweet, and to the point. It captures the despair of a broken nation and the hope of a promising future all in ten sentences.

JFK's campaign was one that promised a retreat from division and one toward greater ambitions. This speech ended with a call to action to take up new arms, and be part of the vehicle that drives that dream.

I have a dream that my four little children will one day live in a nation where they will not be judged by the color of their skin but by the content of their character.Martin Luther King

From a man who said he preferred advocacy to politics because it was less morally ambiguous, this speech had one of the greatest affects on American policy that's still felt today.

This speech is different than the others because it is a direct call to a political opponent that relies heavily on the symbolic nature of the object in question.

None of these campaign assets exist in a vacuum.

Just like a good marketing campaign, every example in this article works as part of a larger, longer term communication strategy.

If we end where we begin that becomes clear.

Obama's "Yes, we can," speech became fodder for a later campaign ad and you can be sure that speech was made from pieces of the platform he ran on.

It is this type of consistent messaging over time that builds the success of any campaign.