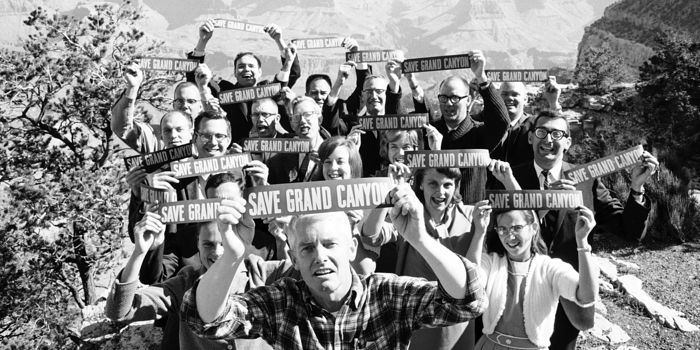 This is how you change the world.

5 non-profits that got their messaging right and made a big impact in the process.

These ads are clever, creative ways that non-profits have used advertising to change the world.

Non-profits have a difficult job. They exist to change the world through people's donations of time and money.

These ads are great examples of how non-profits can use advertising to fundraise, motivate, and inspire their potential donors.

Where most non-profits use guilt to get people to part ways with their hard-earned cash, Charity:Water takes a different approach. This video is one of many examples where the organization shows the positive outcome of their work to drive donations.

It starts with something familiar — an old school PSA about tap water. Then it moves to show the problem. Dirty water and its bad effects. By the end of the video you see what making that dirty water clean can do for a village in Africa. There are people smiling, dancing, and grateful for the cold, crisp, clean water you and I take for granted.

World Wildlife Fund's ad portfolio is a great example of this. They pair simple little taglines with powerful images so you get the message right away.

I first learned the name David Brower from a book called Encounters with the Archdruid. He was Executive Director of the Sierra Club from 1952-1969, a period which defined the organization.

What was so striking about Brower is that he was not only an uncompromising conservationist, but he also was an incredible business and ad man. Take this copy for example.

Brower is fighting for the future of the Grand Canyon with copy that David Oglivy can't compete with. This ad alone pulled 3,000 new memberships. You do the math.

This poster launched the #OccupyWallstreet movement, which brought hundreds together in NYC's Zuccotti Park to protest economic disparity, made national headlines for months, and created a new class of political candidates.

The ad itself is a little unclear in what the movement wants, but the call to action is clear. Check the hashtag for more info, show up, and bring a tent. Plus it's got this great image that promises a new future to replace the old.

In an effort to increase the number of organ donors, the Mexican Transplant association ran a series of ads with the simple tagline of "Live Twice."

They promise a better life for those you help and another chance at life for yourself with two simple words and creative imagery.