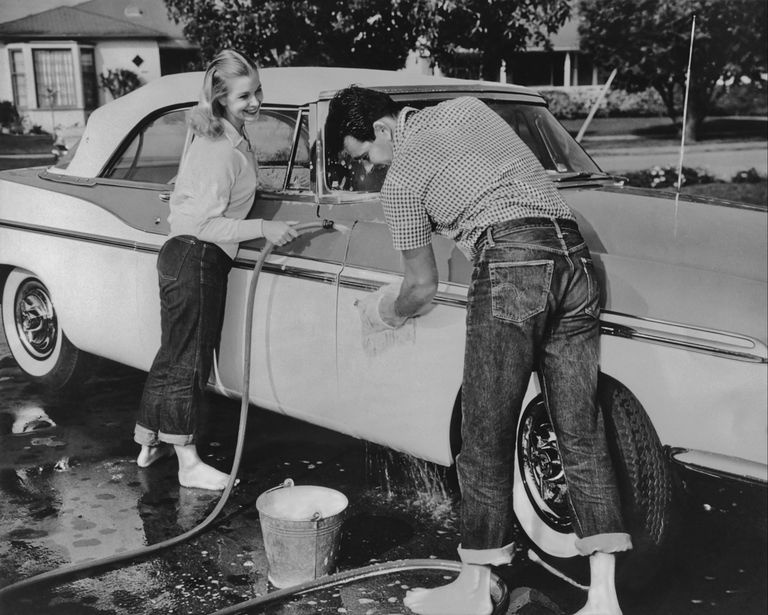 How Levi's created a worldwide revolution in apparel with well-placed piece of content marketing.

Levi's knows its core competency is reinforced denim jeans for the casual wearer — but with a new product and well-placed piece of content marketing they were able to break into a market that was bogged down with tradition.

Have you heard of the T-shaped skill set?

It describes a person who has a single core competency. Maybe they're one of the best designers, copywriters, or tellers of tall tales you've ever seen.

But they don't have blinders on either.

They know the value of learning other skills. It makes their contribution bigger.

Still, T-shaped individuals only learn those other skills to feed that core competency. A copywriter might learn storytelling, design, and a bit of code to strengthen their skill as a writer. But they're always going to be a writer first.

Stas Shymansky does a pretty good job summing up the T-shaped product designer over on Medium.

The best companies are also T-shaped.

They do one thing really well. They make sturdy, trustworthy jeans that look good too.

That doesn't mean they're a one trick pony.

In 1853 a Bavarian immigrant named Levi Strauss moved to San Francisco on the heels of the gold rush to open a textiles shop.

Twenty years later the wife of a local laborer asked one of Strauss' customers, a tailor named Jacob Davis, to make a pair of pants that wouldn't tear or fall apart at the seams.

He came up with the idea to put rivets in the pants to reinforce the stitching.

Davis and Strauss saw the potential of this simple invention and filed a patent together. That was the birth of the blue jean.

And this is where Levi's core strength lies. Reinforced denim jeans that won't rip at the seam.

Levi's were originally built for the American worker. Its audience was blue collar and primarily male.

By the '60s that demographic was no longer true.

Levi's had expanded into clothing for women, pioneered the popularity of the denim jacket, and even debuted denim as a fabric of "elegance."

Rock 'n Roll legends and the counter culture movement took it one step further. Custom denim was all the rage and made this American fabric the preferred casual wear for anyone who had a stake in being cool and free.

Levi's was at the center of it all.

Their core competency was still reinforced denim, but the product line had expanded.

The birth of business casual

After Levi's had the denim market cornered, the company decided to expand its T-shaped offerings even further.

Can we make comfortable cotton pants just as sturdy as casual denim? Can we use these pants to break into the white collar market?

With the launch of Dockers and a genius piece of content marketing, Levi's was able to answer these questions with resounding "yes!"

In 1992, they mailed nearly every HR rep in America a little pamphlet called A Guide to Business Casualwear: Ideas for Dressing Professionally at Work.

It contained a dress code positioned for the modern world. Casual yet smart. Comfortable but not flashy.

The guide had all sorts of suggestions for employees to show off their personalities while remaining professional. It made HR reps lives easy because all they had to do was hand the guide out to employees. It was a pre-packaged dress code for companies. And it was being applied universally across American workplaces, so executives had no problem with it.

With this little piece of content marketing, Levi's took their core competency one step further. They offered the world pants that last and look great for any occasion.

Today, Levi's offers everything from t-shirts to belts, underwear to socks.

But take a quick look at their website and one thing is clear.

Long-lasting denim jeans are still the heart and soul of Levi's.