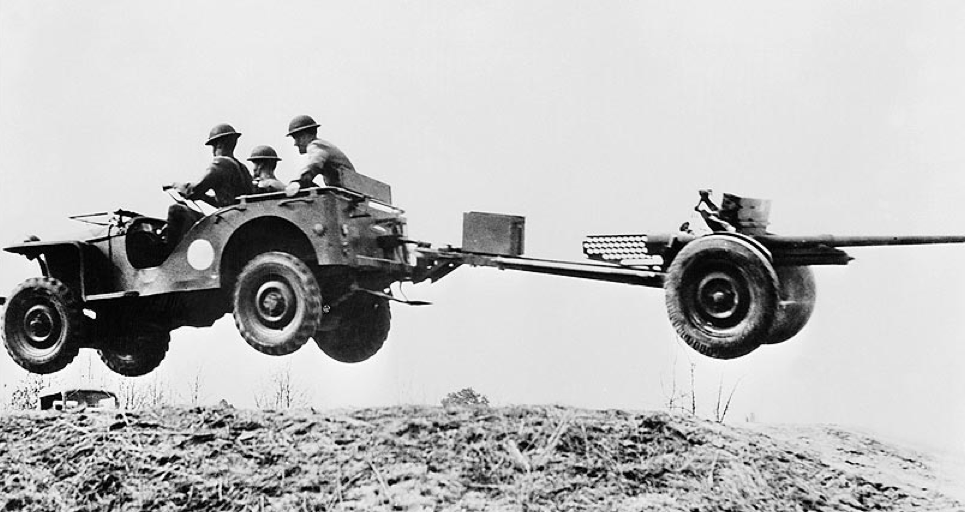 How Jeep enlisted the help of a psychologist to illuminate its marketing problem and save its most iconic vehicle from extinction.

Marketing is all about tapping into your customers’ deepest-seated desires.

This now-iconic vehicle was on the verge of extinction until the company made one small tweak to its design — and its marketing.

The vehicle that won the war

The American spirit was built on the myth of the dusty old cowboy forging his way west across the plains, pistol in one hand, the reins of a stallion in the other.

During World War II, the myth was renewed.

You always remember your first

It was the first car many of those G.I.s learned how to drive.

For them, this rugged little vehicle represented freedom, comradarie, and the can-do attitude that made the young nation ready to take on anything.

And they wanted to keep that feeling going.

In 1945, Jeep launched its first civilian vehicle — The Jeep CJ.

It was a huge success among war heroes looking to settle down on the farm and maybe have a little fun while they're at it.

To the victor goes the spoils

The American nuclear family was in full swing and G.I. Joe needed a car he could use to take little Johnny to baseball practice.

So Jeep pivoted to cater to these needs, introducing a long line of station wagons and four-door SUVs.

By the mid-90s, Jeep had rebranded the CJ as the Wrangler, and sales of the rugged little vehicle were being outpaced by its popular line of family-friendly SUVs.

Like the work horse of centuries past, this vehicle was about to be retired to greener pastures.

Bring in the big guns

Before giving up, Jeep brought in Clotaire Rapaille, who had recently helped Nestle break into the Japanese coffee market.

Rapaille said that marketers have to tap into the psychology of consumers. He said that products are symbols of some deep-seated desire. Brands simply need to deliver on the promise of the desire they're fulfilling.

When Jeep decided to redesign the Wrangler's headlights in the '80s, Americans lost that association. Horses don't have square eyes after all.

Production of the '96 model was pulled and a year later the Wrangler relaunched with round headlights.

That year the company nearly doubled its sales of Wranglers. It was a success that led Jeep — and its brand — to retain its position as one of the most iconic American vehicles today.

That's what successful marketing does.

It takes the symbols that resonate with customers and turns them into sales.