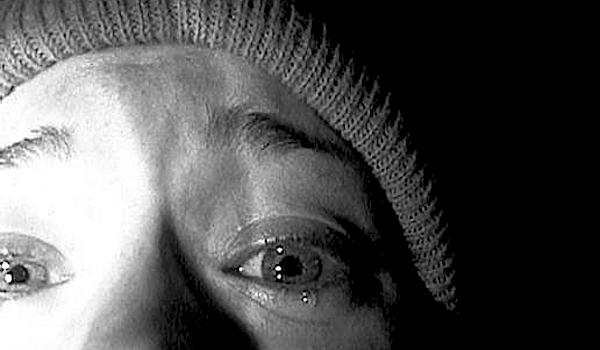 The legend of the viral marketing campaign.

The Blair Witch Project tapped into the culture of the early internet to create a new urban legend for the digital age.

The movie's marketing campaign was nothing more than found-objects, creative story-telling, and the seeds of gossip planted.

Urban legends, tall tales, mythic stories — these tap into a primal part of our brain and trigger reactions beyond reason and sense.

There's a story here in Maryland, where I'm from, of a strange creature that roams the backwoods. Half goat, half man, tall and slender. He comes and steals children away from their bedrooms at night.

Some say he was a scientist at one of the many government agencies that litter the MD 295 corridor, the result of an experiment gone wrong. Others say this is one of the ancients, a creature that was around long before Western man arrived in the new world.

They call him the Goatman.

How urban legends become part of our personal reality.

I had family that lived in one of the central towns this legend took hold — a place called Bowie, MD. I used to stay the night with a cousin here, playing video games, watching movies.

That is, until he told me the legend of the Goatman.

Lying in bed that night, I could hear the creature's fingertips scratching at the window, only muffled by the sound of the train that roared by the house every couple hours. I could see his outline and feel his eyes boring down upon me.

As a kid, I never spent the night again after that. The legend had wormed itself too far into my brain. It was as good as real.

The stuff legends are made of

You may remember another legend from the backwoods of Maryland. The legend of the Blair Witch.

An accused witch is banished from a Maryland town in the 1700s, children go missing and their bodies are found in a house in the woods, an old hermit takes responsibility but says he has slain evil in the process.

Two centuries later, three film students hike into those same woods in search of the legend.

They never return, but in 1999, their footage is released to the public as a movie. It begins:

"In October of 1994, three student filmmakers disappeared in the woods near Burkittsville, Maryland, while shooting a documentary. A year later their footage was found..."

The story of the Goatman grew organically, word of mouth, by people telling the legend over and over again and connecting it to events that actually happened.

The Blair Witch was a story created by the filmakers featured in 1999's The Blair Witch Project. It took real places and some real events, and imposed believable fictions upon them.

The character names from the legend were anagrams of historical figures, and much of the legend was cobbled together from witch trials folklore and Arthur Miller's play, The Crucible.

This is how you make myths and turn tall tales into reality.

What made the movie so compelling, though, was that it was presented as a documentary, as found footage cut together for cinema.

Marketing materials included missing posters for the filmakers, a website detailing the history of events, photographs from seemingly unrelated sources, and a book that was claimed to have once been on display at the Maryland Historical Society.

Like Orson Welles' broadcast of War of the Worlds, and like much of the so-called fake news that's spread so wide and far today, the lines between fiction and reality were blurred.

There were enough elements for the story to be believable, and not enough evidence for people to outright dismiss it.

Like Mulder says in the X-Files: "I want to believe."

What's this have to do with marketing?

The Blair Witch Project's marketing campaign was a viral success. The internet was young and people spread the legend far and wide through online forums and early social channels.

The team planted the seeds, but the audience took the legend and gave it a life of its own.

The actual legend of the Blair Witch may not have been real, but the movie's marketing campaign became something of internet mythology. It spread, like real urban legends, organically, through word of mouth and the curiosity of its participants.

And that's why it was so successful.

The best marketing is an extension of how the product makes us feel before we ever use it.

It gives customers a taste of the product experience before they spend a dime.

Entertainment is a participatory escape from reality, and that's just what The Blair Witch Project's marketing campaign delivered.