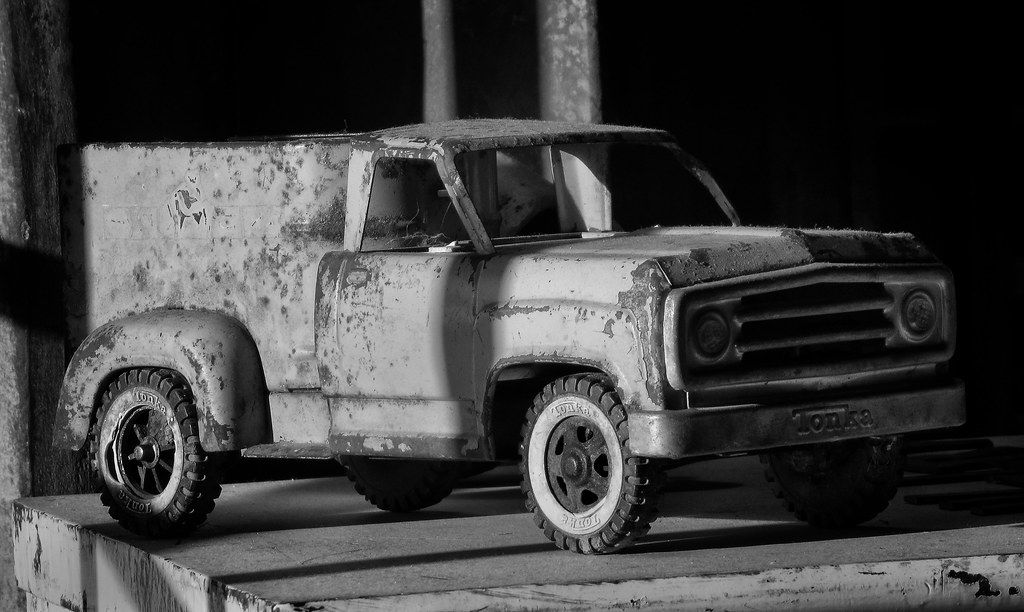 How Chevrolet used nostalgia to market an SUV built for families to guys who like to play in the mud.

Chevy's 1995 redesign of the Blazer included new features for families. That doesn't mean it wasn't built for fun.

I had a 1996 Chevy Blazer in high school. Riding around on country roads with friends, kicking it into four wheel drive in the snow, and blaring music without a care in the world. Ah, the good old days.

Before that, like many boys, I played with Tonka Trucks.

Tonka Trucks and the desire to own an SUV aren't necessarily mutually exclusive, but there is a bit of nostlgia at play here.

That's why Chevy's campaign to launch the 1995 redesign of this iconic vehicle is so good.

The redesign was made for families, with sleeker curves and more storage. But the marketing was all about the legacy of this historically tough vehicle.

When you've outgrown your Tonka...

This ad has it all. It says now that the world is your sandbox, you need a toy that you'll never outgrow.

The vehicle is powerful enough to take offroad, durable enough to last a lifetime, and looks pretty good kicking up mud, even with its new, sleeker curves.

While Chevrolet was trying to break into the growing trend of families buying SUVs to cart the kids off to soccor practice with its new design, they used this campaign to say — this is still a truck for boys who like playing in the mud too.